The Inclusify Workshop will take place on May 20-22th, 2022. These 3 -days workshop help you and your organization grow the culture of respect and trust between colleagues, fostering equality, diversity, and inclusion in the workplace. Throughout the workshop, you will discover ways to recognize your unconscious bias within yourself, others, and the organization and the best applicable strategies. 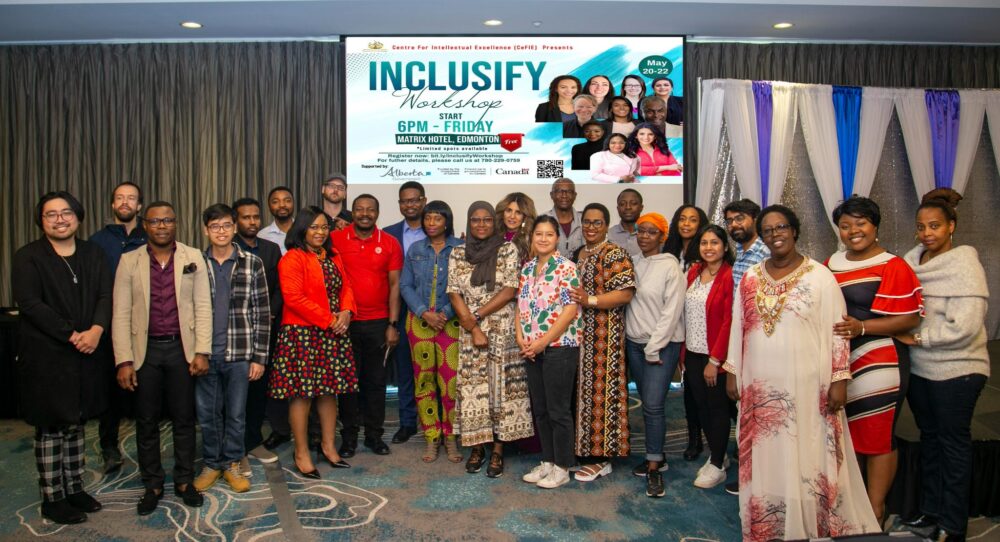 Hilda Fankah-Arthur is the president and founder of Centre For Intellectual Excellence (CFIE). She has years of experience working with diverse groups internationally and brings broad knowledge and experience in Equity, Diversity and Inclusion as well as Indigenous relations in Canada.

Hilda is a Policy Advisor for the Government of Canada where she provides expert advice on policy, program and service development that impacts diverse populations in Alberta. She is a Ph.D candidate at the University of Alberta and her research is focused on Black African Immigrant student’s identities and education within Canada’s Multiculturalism. Hilda presents her research work at international diversity, leadership, and multiculturalism conferences and is a recipient of academic excellence awards.

Hilda demonstrates a strong resilience for academic and professional success as an immigrant from Africa and is a role model to others in the community. She applies an intersectional lens in various projects and initiatives to support the advancement of people from diverse backgrounds. Her passion to advance diverse populations and to ensure their full participation in Canadian society is what led her to establish Centre For Intellectual Excellence. Hilda previously served as the Board Chair for the Council for the Advancement of African Canadians in Alberta (popularly known as Africa Centre). Her leadership at the Africa Centre initiated a transformational organizational restructuring to efficiently serve the African population in Edmonton and greater Alberta.

Prior to joining the Government of Alberta, Hilda was a Principal Instructor/Lecturer at the University of Alberta where she taught pre-service teachers Aboriginal Education and Context for Professional Engagement. She holds a Masters in Educational Administration from Santa Clara University in California, USA, and a Bachelor of Commerce degree from University of Cape Coast in Ghana. She is also a certified Child Development Supervisor in Alberta.